In summer 2017, together with WOMAN magazine, we organized a storytelling camp for girls between the ages of 16 and 18 years. Twenty teenagers who could apply via WOMAN were selected for the camp. All girls had to face a challenge there. 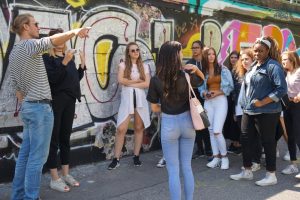 Within 48 hours, the girls should produce a video on their mobile to “Challenge yourself”. In order to do that, on the first three days we gave tutorials with practical exercises by scriptwriters, directors, influencers, and a cameraman who specializes in making films using a mobile phone.

Also for us from page 84 the storytelling camp was a challenge. We had to set up a production route that was fast and easy, from data transfer to post-production, and allowed the girls to cut and set their video within hours. 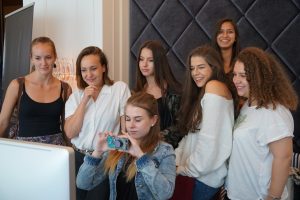 Together with the girls we passed the challenge and had twenty videos at the end of the week on topics such as fear of grasshoppers, publicly dancing in the subway or publicly speaking about the search for personal identity.

back to work overview

News from our video unit